One of the loveliest towns in Italy is a medieval fortress surrounded by nature and steeped in history, religious traditions and ancient crafts. It sits perched on a promontory in Anglona, in the centre of the Asinara Gulf in north-western Sardinia.

It may have been the legendary Tibula of Roman times, but by the Middle Ages it was already an impenetrable centuries-old fortress protected by thick walls and 17 towers, until the advent of modern weaponry. The original nucleus of Castelsardo grew up around the castle of the Dorias, which tradition dates to 1102, although it was probably constructed in the late XIII century. Today it is the seat of the lovely Museo dell’Intreccio Mediterraneo (or Museum of the Crossroads of the Mediterranean), one of the most visited museums in all of Sardinia. In the early XVI century the castle was renamed Castillo Aragonés and became the seat of the bishopric until the Cathedral of Sant’Antonio Abate was built in 1586. This amazing building has a bell tower perched over the sea, is graced with a gleaming ceramic dome and houses crypts in the basement, which in turn are home to the Maestro di Castelsardo museum. During the reign of the Savoy dynasty, the town was given the name it has today. It belongs to the Most Beautiful Towns of Italy Association and its noble fortifications – the bastions and steep stairs – remain intact. The city tour includes not-to-be-missed visits of its religious and historical buildings, like the Church of Santa Maria delle Grazie, the Benedictine monastery, the bishopric, palazzo La Loggia, which since 1111 has served as City Hall, and the Palazzo Eleonora d’Arborea.

The town’s most characteristic events take place during Holy Week, when religious rites with a Spanish flair involve just about everyone. Lunissanti, on the Monday after Palm Sunday, is heartfelt and picturesque, especially at dawn when a long procession heads towards the Basilica of Nostra Signora di Tergu. After sundown, the town is illuminated by torches and sacred chanting fills the air. The Prucissioni that take place on Holy Thursday and the Lu Lcravamentu on Friday are also not to be missed. The town celebrates its patron saint, St. Anthony, on 17 January with great bonfires. But there is more to this town than cultural tradition, there are archaeological sites and natural monuments to be visited as well: the nuraghe Paddaju, the pre-Nuragic megalithic walls at Monte Ossoni and, just four kilometres from town, the domus de Janas, raised bull horn decorations and the roccia dell’Elefante. This stretch of shoreline is made predominantly of high red bluffs, but there are some beaches too, including Marina di Castelsardo, at the entrance to town, and Lu Bagnu beach, some two and a half kilometres away and protected by cliffs topped with green. The sandy shore boasts crystal clear water dotted with flat rocks. Windsurf and sailing enthusiasts should not miss punta La Capra, a natural pool set between the sea and the shore. Local restaurants feature fresh catch: lobster, crayfish, crab, sea urchin and shellfish. 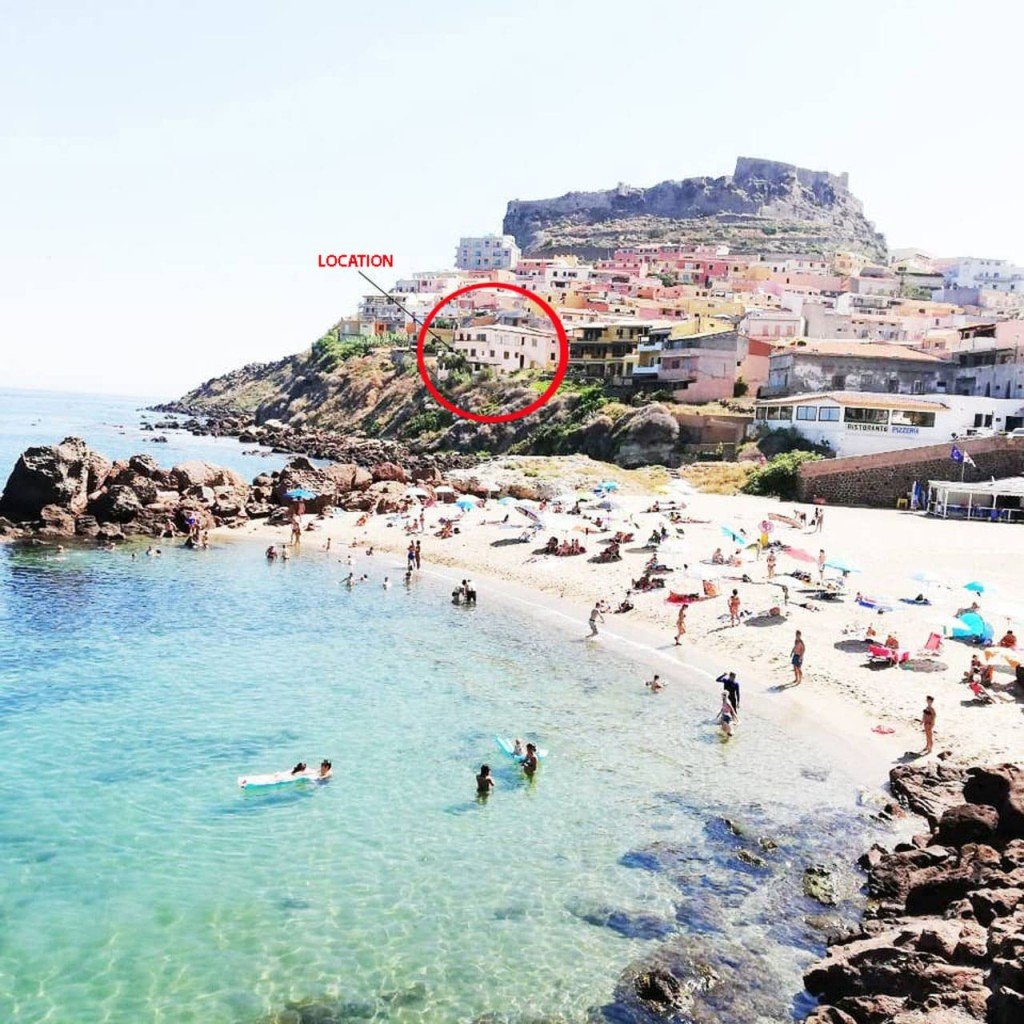