Coastal jewels of incomparable splendour render Teulada one of the most attractive tourist destinations of the Sulcis, precisely at the south-western end of Sardinia.

The greatest Sardinian artists of the 20th century were inspired by its landscapes and customs. Nestled in the base of a valley, surrounded by pristine mountains, Teulada is a town with 3,500 inhabitants in the lower Sulcis sub region, famous for its coastal scenery of incomparable beauty, where overhanging cliffs alternate with coves of light and soft sand. First of all is Tuerredda, one of the ten most beautiful beaches on the island, with fine sand and crystalline seas that recall Caribbean panoramas. Then there is Campionna, Piscinnì – an enclave of Domus de Maria in the Teulada territory – and Sa Canna, much loved by scuba divers. The splendid coves of Capo Malfatano follow, dominated by a Spanish tower backdropped by a pond, a bay that was the chosen landing place of the Phoenicians as of the 6th century BC. One gem is Porto Tramatzu – with fine white sand, green and turquoise waters, a clear and very low basin extending right to the facing islet. Nearby is the beautiful s’Ottixeddu (called ‘degli americani’ – ‘of the Americans’), which a limited number of visitors may explore during the summer. Another corner of paradise inside the military base is Cala Zafferano, accessible by sea in July and August. To the north-west is yet another gem, is Arenas Biancas, in the southern part of Porto Pino – along the rest of Sant’Anna Arresi – whose dunes are accessible by a road inside the polygon. Backdropping the coast are elevations offering surprising scenery – the Gutturu Mannu forest of holm oaks and ancient cork trees and the caves of Punta Sebera.

In the village are narrow streets leading upwards and into squares adorned with sculptures, the legacy of the international artistic symposium ‘Scultura e Pietra’ (‘Sculpture and Stone’). Held in August is the Su Sonatori, a fair dedicated to folk instruments. The artisan tradition lives on, from embroidered garments and carpets to ceramic, leather and cork products. Rising up in the town is the parish church of the Beata Vergine del Carmelo (17th century), where an art museum has been established. The patron saint is celebrated in mid-July, along with Sagra del Pescatore (fisherman’s food fair) with a procession by the sea, tastings and shows. To be admired before the neoclassical façade of the church is the 17th-century baronial house of the Sanjust feudal lords of the town, today the exhibition hall and home to the August Sagra di Pane e Formaggio (bread and cheese festival). Also worth visiting is the late-Gothic church of San Francesco. Greatly evocative are Settimana Santa (Holy Week) and the feast of St. John the Baptist at the end of June. The most heartfelt devotion is reserved for Sant’Isidoro in May and August. The procession towards ‘his’ town church is accompanied by groups wearing traditional outfits from all over the island. The sanctuary is located in the Tuerra plain, where the village was located in the time of the Giudice. Because of attacks from the sea and epidemics, it was re-established in the 17th century in a more inland position, where it is currently found. Watch towers were erected to protect against pirate raids, including the tower dedicated to Sant’Isidoro and the imposing Torre del Budello. A Roman settlement, perhaps near the Isthmus of Cape Teulada – today the site of a modern tourist port – was called Tegula, owing to the conspicuous production of terracotta. Near the ‘cape’ during the Second World War, a famous battle took place between the British and Italian fleets. The territory is rich in prehistoric heritage: from the findings in the Grotta di Monte sa Cona to the remains of twenty Nuragic structures, including sa Perdaia. From the Phoenician-Punic age, the remains of a tophet in the islet of Tuerredda and the submerged harbour of Melqart can be admired. The industrial archaeology is fascinating, comprised of around ten abandoned sites that witnessed thousand-year mining activities and contributed to the mining epoch of the Sulcis. 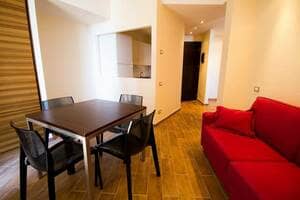 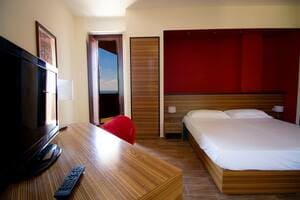