In the province of Nuoro, in the northernmost part of the Gulf of Orosei, numerous gems appear on the eastern part of Sardinia, with fine, light sand, washed by an uncontaminated sea.

Five kilometres of soft, golden sand, clear blue sea and shallow waters, make it an ideal place for children. La Caletta is a long, wide beach that starts at a little coastal village of the same name, a district of Siniscola and one of the largest centres in the Baronìa area, and it stretches as far as the lagoon of Su Graneri. A pine forest surrounds the ‘spiaggia grande’ (big beach) – so-called to differentiate it from the other beaches of Siniscola – almost adjoining the beach of San Giovanni di Posada: they are interrupted only by the modern tourist port of La Caletta, which is full of services: sailing, surfing and diving schools, equipment rentals and a departure point for boat or dinghy trips.

The shoreline is often windswept and, unsurprisingly, the ‘spiaggia grande’ is equipped for water sports, among which kitesurfing and windsurfing. La Caletta has ample parking is a habitual destination for camper van tourists and campers and there are accommodation facilities in the vicinity, suitable for every type of tourist. In the village, you will find all necessary services, including car and bike rentals, restaurants, pizza restaurants and clubs.

Stretching for thirty kilometres, the Siniscola coastline is a mixture of landscapes with smooth rocks and white beaches. La Caletta takes up almost half of a total of 12 kilometres of fine sand. Moving south, you will come across Santa Lucia, another quaint fishing village, with fishermen originally from the island of Ponza, that was established around a 16th-century Aragonese tower. Then you will encounter the ‘spiaggia dei confetti’ (beach of sugared almonds), S’Ena e Sa Chitta, three kilometres of white sand, closed in by rocks in the area of an old lighthouse, off the shore of which you will find the litttle Isola Rossa (Red Island). A little further south, there are the pure white sand dunes and centuries-old junipers of Capo Comino. Continuing on, you can admire Bèrchida, which many consider tobe the most beautiful beach in the world, after which you will see theOasis of Biderosa, another magical place. It is a coastal forest of over a thousand hectares, the pride of Siniscola, thanks to its variety of flora and fauna, and it overlooks five little coves, among which the charming beach of Biderosa. 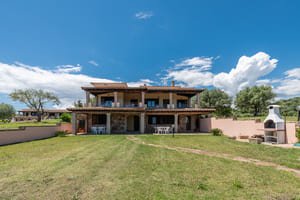 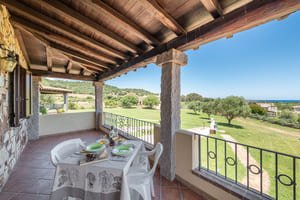