A medieval village in Baronìa, in the central part of eastern Sardinia, built of stone, authentic, fascinating and extraordinarily religious.

Along the shores of the Cedrino river, Galtellì sits on a spectacular high plain at the feet of Tuttavista, on top of which stands a majestic bronze statue of Christ, the destination of pilgrimages who follow a path that climbs up the side of the mountain. The statue is a reproduction of the miraculous wooden cross that is housed in the church of the santissimo Crocifisso (Holy Cruxifix), built in Gothic style in the XVI century to replace the XIV century church of Santa Maria delle Torri that was too small to accommodate all the faithful flocking to Christ. Pilgrims from all over Europe come here. The history of the town, a bishopric until 1495, is marked by religious devotion. You will walk along paved streets lined with stone houses, home to a population (2,500 inhabitants) that shares a powerful and heartfelt religious devotion: there are five churches in a single square kilometre. Next to the Santissimo Crocifisso you’ll find the medieval Church of santa Croce, and less than 100 metres further along are the churches of the Beata Vergine Assunta and of San Francesco, both from the XVII century. Inside the cemetery walls is the complex of what was once the Cathedral of San Pietro, home to a cycle of frescoes from the XIII century depicting scenes from the Old and New Testament. There are three church-related buildings: a high bell tower, the unfinished late XI century cathedral and the Romanesque church of San Pietro, enlarged after work on the other church had been abandoned. The town becomes lively especially during Holy Week, with heart wrenching chants and centuries old liturgies. The festivities surrounding the Holy Cross in early May, when devotion expresses itself through folklore and shows, and the bonfires in celebration of Sant’Antonio Abate on 17 January are not to be missed.

Galtellì has been awarded the Touring Club Italiano’s orange flag rating for excellence. The streets of the old town centre, its traditions and sensations inspired the author Grazia Deledda when she set her book Canne al Vento in Galte. The connection the town feels with the Nobel Prize author is underscored by the Deleddiano Literary Park, an itinerary along the places she mentions in her book. Aside from being a spiritual guide, it was once a centre of power as symbolized by the castello di Pontes, a fortress built in the late XI century and eventually conquered by the Aragonese. The XVIII century Casa Marras house was once an aristocratic residence that has now been transformed into an ethnographic museum featuring some 1800 objects and represents the collective memory of this town. You can also visit the Malicas park, an oasis of green that surrounds an early XX century castle, and some stone domus de Janas chambers, proof of man’s presence here as far back as the Neolithic Era. The various nuraghe date to the 2nd millennium BCE and include su Gardu. From culture to nature: Tuttavista hill is a popular hiking zone and separates the town from the sea. It has sheer walls equipped for rock climbing. From the top you will see the golfo di Orosei and, when ascending, the Preta Istampata, a boulder with a huge hole, a window over a valley covered in woods. 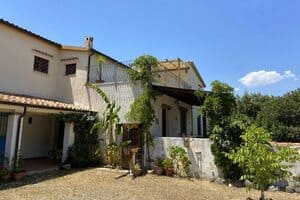 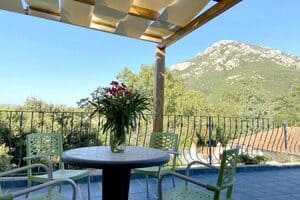 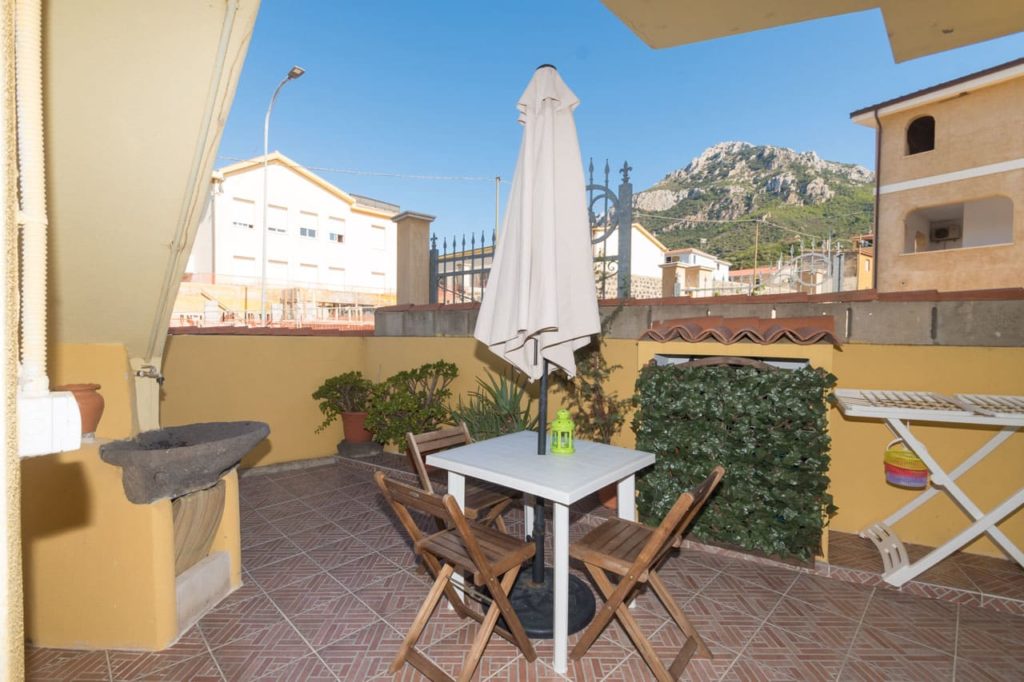