A tourist centre in the Gallura region, on the border of the Anglona territory, in the central-northern part of Sardinia, and an attraction all year round with sea, nature, traditions, cuisine and outdoor activities.

A long and charming stretch of coastline with soft, white beaches and a beautiful hinterland, which contains the flora and fauna reserve of the Zincu Denti forest. The two residential areas of Trinità d’ Agultu and Vignola form a single Municipality with two thousand inhabitants, in the northwestern part of the Gallura region. Formed in the second part of the nineteenth century by families from nearby residential areas and stazzi, Trinità d’Agultu, the municipal ‘capital’, towers over the shoreline from an altitude of 350 metres. In the centre, the eighteenth-century church of the Santissima Trinità stands out and contains the statues of St. Barbara and St. Orsola, deriving from the ruins of two little medieval churches. There are solitary sanctuaries scattered around the countryside: those of Sant’Antonio, San Pietro Martire, San Giovanni, San Giuseppe, San Michele Arcangelo on a panoramic hill, and that of Santa Maria di Vignola, near the coast, in the centre of the second municipal urban area. The vineyards produce excellent Vermentino wine, ideal as an accompaniment to fish recipes: zimino (fish soup), linguine pasta with sea urchins, grilled fish. From the land, a special dish: zuppa gallurese (Gallura soup), a dish with bread, Pecorino cheese and sheep meat broth.

Vignola includes the district of Lu Colbu and the marine district of Costa Paradiso, a granite landscape covered in Mediterranean scrub and punctuated with little coves. The colours of the sea range from green to blue and light blue. Li Cossi is a masterpiece of nature: fine, golden sand set amidst the pink rocks. Other beautiful places include Cala Sarraina, which has always been a natural harbour, the little coves of Porto Leccio and the romantic bay of Li Tinnari, shaped like a double arch, made of crumbled shells, grains of granite and round pebbles. Isola Rossa is a seaside village located six kilometres from Trinità and it got its name from the little island in front of it. Its modern harbour is dominated by a Spanish tower that dates back to the end of the 16th centre. It is an ideal place for snorkelling and diving. Around it there are countless little coves: La Marinedda, one of the most beautiful beaches in northern Sardinia, will strike you with the contrast between the blue sea, the white sand, the red rocks and the green vegetation. Its continuation is the beach of Spiaggia Longa. Other breathtaking inlets are Cala Rossa, with its light sand, pink rock and transparent sea, Cala Canneddi, with its combination of multi-coloured little stones and the secluded Li Feruli, with its cream-coloured sand.

The most ancient traces of human presence in the territory are from the Mesolithic period, in the shelter under the rocks at Porto Leccio. Dating back to the Neolithic period, there is the Conca di Li Fati, a grotto dug out of the granite rock and a very rare case of a Domus de Janas in Gallura. The most important evidence of the Bronze Age is the Nuraghe Bastianazzu, to the west of Isola Rossa: it is a complex building made of granite rocks and its purpose was to control the coast. 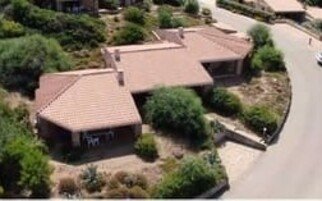 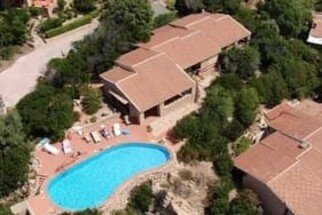 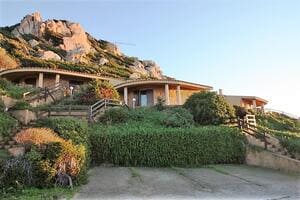 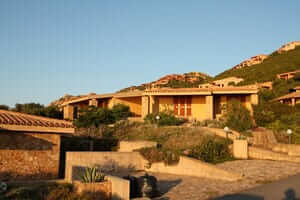