At the northern end of the Iglesiente are the remains of a glorious past, of the mining industry that was the driving force of the economy of the south-western part of Sardinia.

Here a scenario of industrial archaeology looks out over the gorgeous shoreline. Buggerru came about as a mining town in 1864. Today it is a tourism hub with about a thousand inhabitants, one fifth of what it had been a hundred years ago. The town centres around the church of San Giovanni Battista and its houses fan out over the scenic opening towards the sea of the valley of Mt. Caitas, the channel that lent its name to the Malfidano mine. It closed in 1979, but was a major enterprise in its heyday between the second half of the XIX century and the early XX century. In little over a century, Buggerru, already known for its silver by the Romans, produced more than a million tons of zinc and 200,000 tons of lead. A small modern port is located below the exit of the Galleria Henry, now an open air museum that at one time had a train laden with extracted minerals running through it. To raise awareness of the historical mining industry there is now the museo del Minatore, the remains of wells and machinery, villages and trails, executive residences and office buildings. In those days there was electricity, a hospital, schools, bookstores and a theatre. It was nicknamed petite Paris for the atmosphere that had been created here by the managers (and their families) employed by the French company that owned it. The miners, however, lived in inhumane conditions. The first strike took place in 1904. The response to that came from the army, who fired on them, killing three and wounding many others. It was the 4th of September and became known as the day of the Buggerru Massacre. It was the first strike, the forerunner to the first general strike in Italy. Sculptures in town made by Pinuccio Sciola stand as a memorial to the victims.

The coastline here is lovely and goes up to Capo Pecora and Portixeddu in the north. South, two kilometres from town, is the lovely Cala Domestica cove, nestled between high calcareous cliffs. At the tip of a fjord dominated by an XVIII century Spanish Tower is a beach of soft sand with hues that go from white to amber and gold. It was here that, until 1940, boats would dock to load up the minerals from the Masua mines. The sea here is among Sardinia’s most beautiful. To the right of the port is the Buggerru beach, its soft sand bathed by the blue sea. To the north you will find the sandy dunes of san Nicolao, behind which is a thick stand of pine trees, a great place for mountain bike excursions. The beaches are named Is Compingius (the pines) and Is Compingieddus (small pines). Other places of interest are the Grotta Azzurra, the rocky stacks of punta Nido dell’Aquila and cliffs that reach into the sky for more than 100 metres, ideal for rock climbing. Don’t miss out on the Fish and Sea Urchin festivals in June and July. 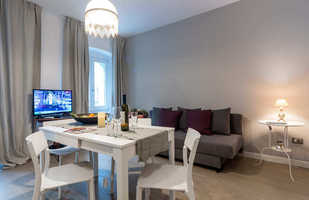 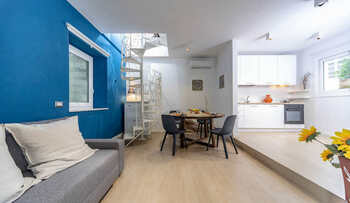 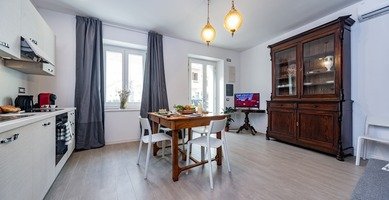