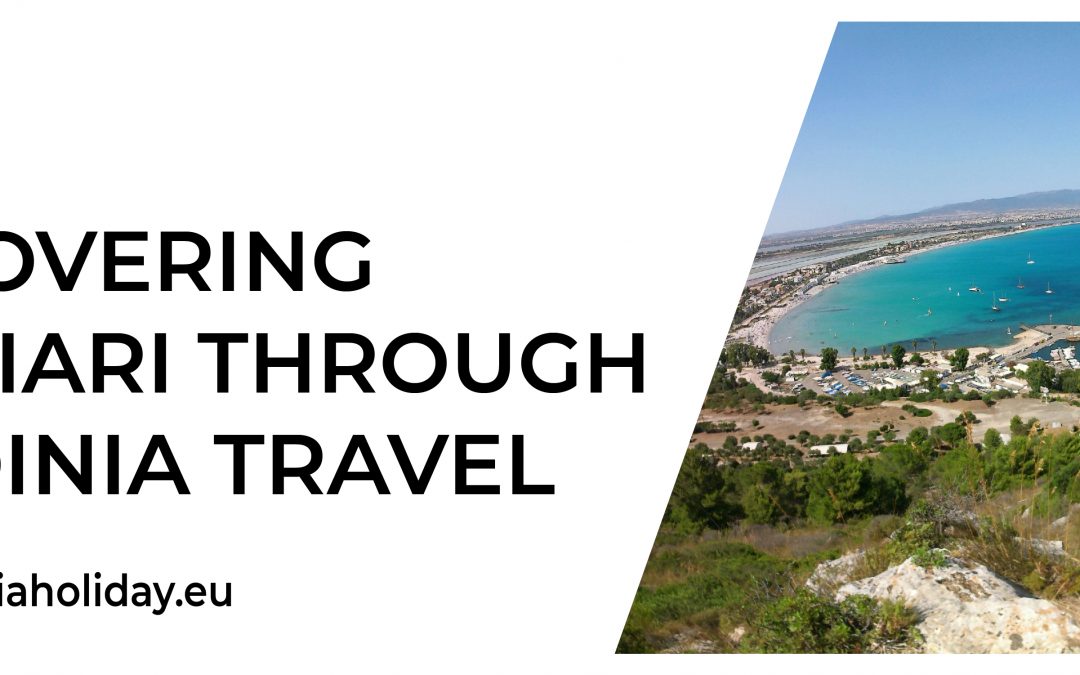 Sardinia (or Sardegna, in Italian) might be one of the most beautiful islands on the planet. The Italian neighbor of the French island of Corsica, the second-largest in the Mediterranean, certainly offers everything one might want. Amazing food, magnificent scenery and beaches, world-class shopping, and a culture steeped in history are just a few reasons Sardinia is a must-see. The best way to discover the large island of Sardinia, which is closer to Tunisia than Italy, is to rent a car and drive around the coastal cities. This one-week Sardinia itinerary begins in Cagliari, the southern capital, and proceeds up west to the northeastern point of Olbia, where you will depart. Our Sardinia travel guide and itinerary are all you need to explore the island’s most intriguing landmarks, the nicest beaches in Sardinia, the best restaurants, and outstanding hotels. Need some ideas before you start planning?

Cagliari And Its Surroundings

The first day is spent getting to know the finest of what Cagliari has to offer. After a hearty Italian hotel breakfast of cappuccino and pastries, head to Mercato di San Benedetto, the famed morning food market and one of Europe’s largest. As the active fishermen, farmers, and other food providers give all of the freshest Sardinian delicacies to the consumers who stop by in the mornings to prepare for their sometimes opulent and carefree meals of the day, and you will find the genuine spirit and charm of local Sardinians. Sardinia’s most popular delicacy is bottarga, cured mullet roe that resembles salami more than fish eggs. It is abundant in this market and throughout Sardinia, and it is worth sampling to taste its oceany flavor and unusual texture.

After taking in the sights, smells, tastes, and sounds of the morning market, drive up to the Marina District and park your car before walking through the ancient twisting streets of the Il Castello District to the Torre dell Elefante.

Caffe Libarium Nostrum is at its peak, past the Torre (tower). Stop for a coffee or a beverage and take in one of Cagliari’s most gorgeous, panoramic vistas.

If you follow our Sardinia travel guide, you should continue through the alley-like lanes of Piazza San Giacomo, where colorful residences are bordered with plants and vegetation, making this a wonderfully unique area to see. Bastione Saint Remy, a neoclassical edifice featuring a gallery area and a rooftop terrace with panoramic views, is also nearby.

After getting lost in the Instagram-worthy streets, go shopping at the Piazza San Guiseppe Girabaldi, which has stores and boutiques by various local Sardinian designers.

For lunch, go over to Fork, an exquisite Michelin-starred restaurant. Traditional Sardinian cuisine is served in the greatest and most attractive versions here. Consider eating at the waterfront restaurant Antica Cagliari for fresh seafood with a Sardinian flair for something more informal. Of course, no vacation to Italy is complete without an excess of gelato, so a stop at Stefino for dessert is a must!

After lunch, get in the vehicle and drive to Poetto beach to soak up some rays. Before diving into the stunning blue Mediterranean waves, stop by the trendy beach bar Emerson for an Aperol Spritz.

After resting at the beach and when the shops reopen after the afternoon siesta (break), eat a leisurely supper at Luigi Pomata, which serves a seafood-heavy cuisine with an emphasis on tuna and its many preparations.

Want to learn more about Sardinia travel? Visit us at Sardinia Holiday!